What Is Natural Gas? 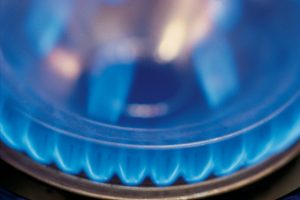 Natural gas is a fuel that’s used to heat buildings, cook food, dry clothes, heat water, and even to help produce electricity. It’s sometimes called “gas” for short, but don’t confuse it with the gasoline that runs your car. Gasoline is a liquid, while natural gas is…you guessed it…a gas!

In fact, natural gas is really a mixture of gases that formed from the decayed remains of ancient plants and animals buried deep in the earth. The main ingredient in natural gas is methane.

Methane is colorless, odorless, and lighter than air. It gives off a lot of heat and light when it burns, but doesn’t produce smoke. That makes natural gas a good fuel for use in the home. Today, more than half the homes in the U.S. are heated by natural gas.

Natural gas is a popular fuel choice because it burns cleaner, hotter, and brighter than other fossil fuels like coal and oil. and It’s also reliable. Because natural gas pipes are buried safely underground, you aren’t likely to lose service during stormy weather.

In what three states are fossils fuels found?

All the objects in the world that we can see and touch are in one of three “states” or conditions: solid, liquid, or gas. Fossil fuels are found in all three of these states.
A solid is a substance whose shape and volume (the amount of space it takes up) do not change, regardless of the container it is in. Coal is a solid.

A liquid will take the shape of the bottom of its container, but its volume will not change. Oil and gasoline are liquids.

A gas is any substance that will spread out in all directions to fill whatever container it is in and will also take the container’s shape. Methane is a gas.

Natural gas began with tiny plants and animals that lived more than 200 million years ago—even before dinosaurs roamed the earth! Tiny water creatures and swamp plants died and were covered over by mud, sand, and silt. Over millions of years, heat and pressure inside the earth turned their decaying remains into natural gas.

Searching for the Invisible

Imagine looking for buried treasure without a map. Now imagine that the treasure is also invisible. That’s the challenge geologists face when exploring for natural gas. 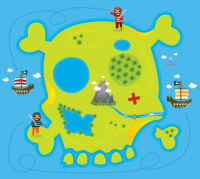 Sometimes there are clues on the earth’s surface. An oil seep is a possible sign of natural gas below, since oil and gas are sometimes found together. Geologists also have sensitive machines that can “sniff” surface soil and air for small amounts of natural gas that may have leaked from below ground.

But in order to get to the source of the natural gas, geologists need to find a gas trap—an underground rock formation that traps natural gas beneath it. The geologists start by mapping the surface of the ground. Then they use those maps to try to guess what the rocks below the surface look like. 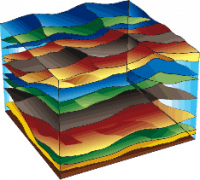 Geologists also conduct seismic surveys. They send sound waves into the ground and measure how fast the waves bounce back. This tells them how hard and how thick the different rock layers are underground. The data is fed into a computer, which draws a picture of the rock layers. This picture is called a seismogram. So, when geologists explore for natural gas, they aren’t really looking for the gas, because the gas is invisible. They’re looking for certain rock formations that might hold natural gas. Of course, the only way to be sure natural gas is down there is to drill a well.

< Back to Natural Gas Safety-SMART!
Onward to the next section! >